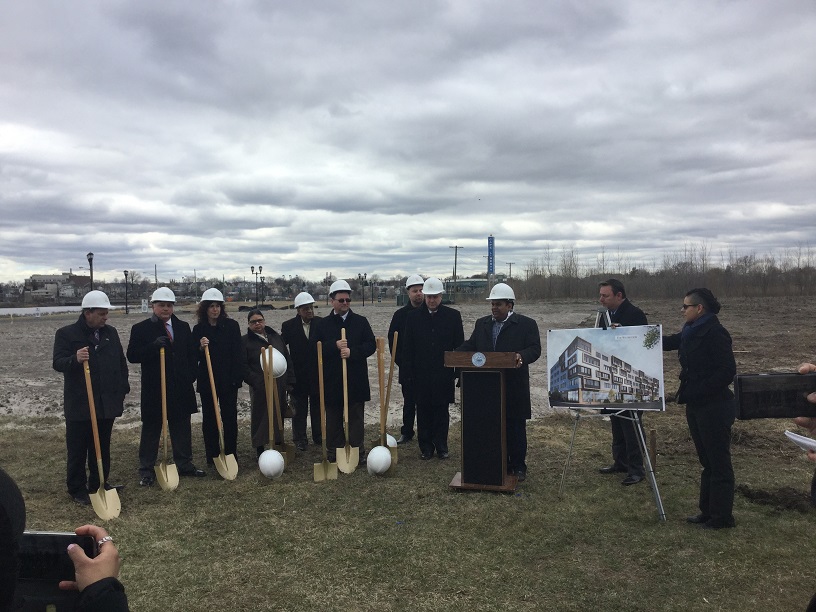 Mayor Jimmy Davis announced that the City of Bayonne on Tuesday March 6th, 2018 sold a parcel of land within the former Military Ocean Terminal (MOTBY) that will become the home of a new 97-unit luxury apartment complex. The sale included an immediate payment of $2.2 million to the city and once completed the building will generate over $250,000 a year in tax payments. The building will contain a mix of one and two-bedroom apartments and retail on the first floor. Its progress proves the Davis administration’s commitment to utilizing the MOTBY property to stabilize property taxes, create jobs and deliver on the promises made to residents decades ago that the site would ensure a brighter future for Bayonne. 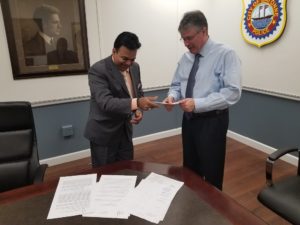 “This property was given to the City over 18 years ago and has remained vacant since that time, not paying any taxes or creating any economic activity, but that all changes now,” said Mayor Davis. “Along with the recently announced Costco and Atlantic Realty’s project of 525 residential units, all three of these projects will be underway this spring. Together the three developments will generate over $2,000,000 in annual taxes on land that essentially has been tax exempt since it was created by the US Army in the 1930’s, representing a tremendous win for Bayonne taxpayers.”

This transaction along with other residential, commercial and mixed-use developments throughout the city are expected to add $2.5 billion in new real estate value to Bayonne and combined will generate over $10 million in annual tax revenue. Mayor Davis and his team implemented an aggressive economic development plan upon taking office four years ago, and the results are evident throughout the city.

“Bayonne is coming back stronger than ever,” noted Mayor Davis. “From the new restaurants and buildings on Broadway to higher property values for homeowners to the long-overdue development of MOTBY, all of it means that Bayonne is on the path to financial stability and a bright future.” 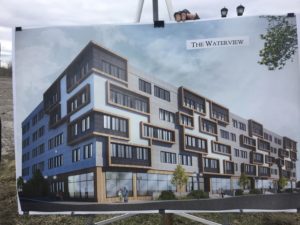 The developers of the site are in the process of negotiating a lease with a well-known restaurant to take advantage of the waterfront views at the location. Shaun Gupta, CEO of Mahalaxmi Bayonne LLC, stated: “We are excited to be part of the revitalization of Bayonne and look forward to being part of the community for years to come. The potential for MOTBY is unlimited with amazing water views.”

Mahalaxmi Bayonne LLC was named developer for a portion of Harbor Station in 2017.