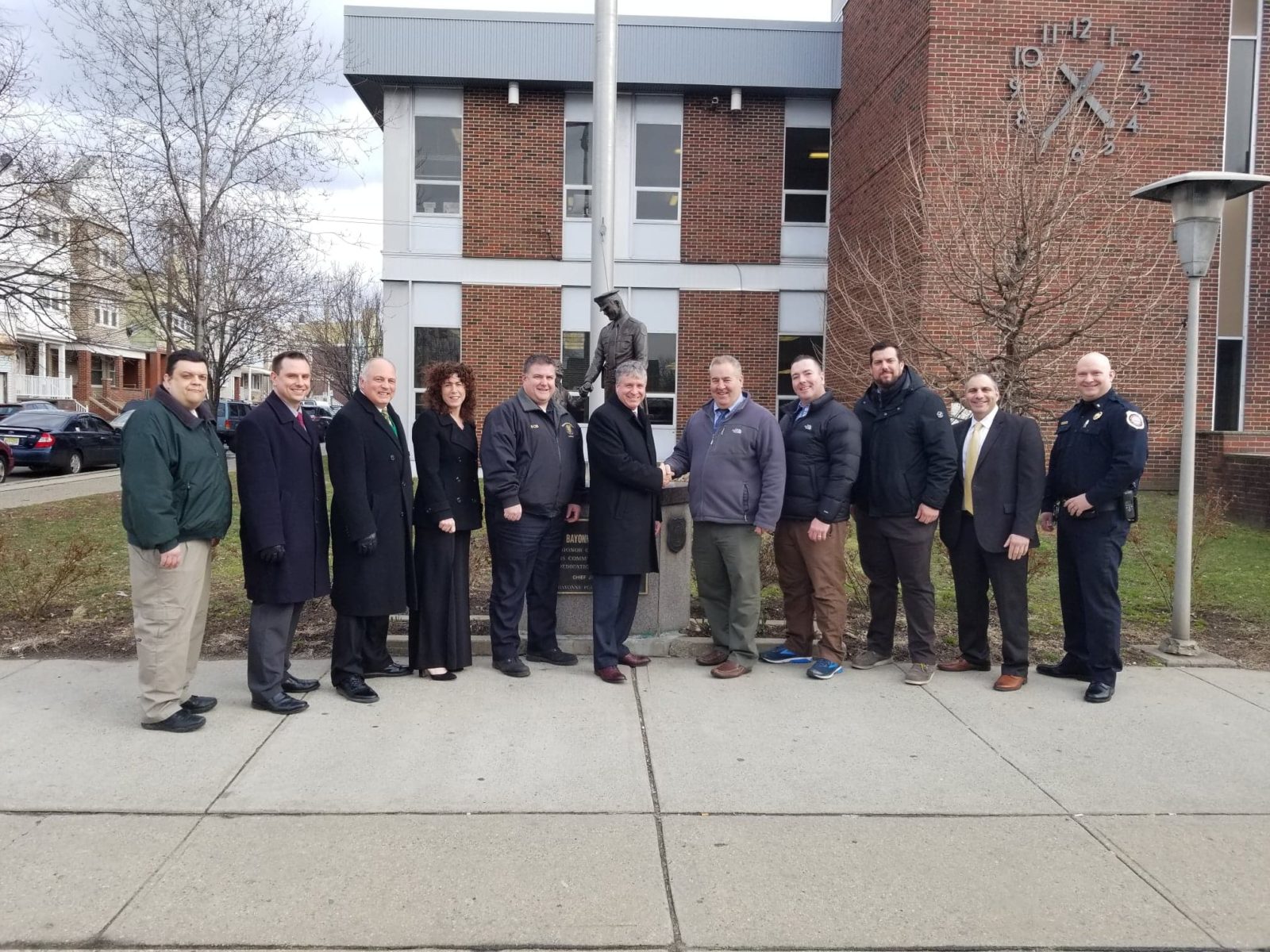 Members of Bayonne Police Benevolent Association Local Union 7 as well as the Superior Officers Association gathered yesterday to officially offer their support to Mayor Jimmy Davis and Team Davis in May’s nonpartisan local election. Citing Mayor Davis’ commitment to public safety ranging from his career as an officer in the Bayonne Police Department to his tenure as Mayor where crime has dropped and the ranks of the department have expanded, the PBA members enthusiastically offered their support.

“As a retired police officer, Jimmy Davis has a complete understanding of the challenges and dangers our members face can face on any given day, which is why he has always strongly supported law enforcement and made critical investments in public safety,” said Bayonne PBA President Officer William Kobryn. “We’re excited to support Mayor Davis and his Council team and look forward to working with them for a long time.”

Mayor Davis has strongly supported the Bayonne Police Department during his first term in office, working with the City Council to hire new officers, promote deserving officers to supervisory positions and invest in equipment and technology to make the city safer. The city was recently ranked as the second safest city in Hudson County and the seventh safest city in the state by an independent study.

“I put on the uniform of a Bayonne Police Officer every day for 28 years and I know exactly what it takes to do this job, so I’m thrilled to have the support of my brothers and sisters in the PBA,” said Mayor Davis. “Keeping Bayonne safe is one of the most important jobs of any mayor, and I’m proud of the work we’ve done to support each and every member of this excellent department.”